Addiction is something that comedians aren’t strangers to. We all can think of one, two, fifty comedians that have struggled with addiction through out their lives. With those who fought and defeated their demons, others lost. John Belushi, Chris Farley, Mitch Hedberg, the list is nearly endless. While we see many comedians that lose their lives to personal vices, what about the ones that die not because of their vices, but because of someone else’s?

When I think about this topic, the two names that come to mind are Phil Hartman and Sam Kinison, two very notable names in the world of comedy. 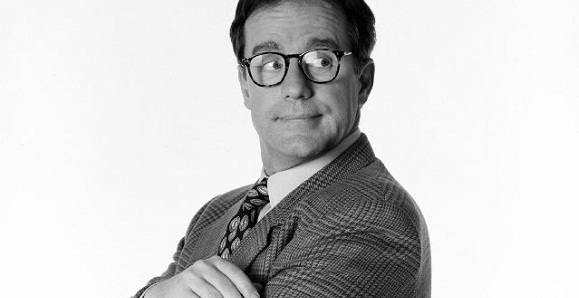 Phil Hartman, well known for his days on Saturday Night Live, Pee Wee’s Playhouse, News Radio, and The Simpsons, was no stranger to vices.

He himself struggled with drug addiction for some time, but he got clean with the support of his wife, Brynn. Brynn was also an addict and thought that the two of them could work together to get sober for their two children. While Phil followed the clean path, Brynn continued to use and her mental state only got worse. On the night of May 28, 1998, Brynn shot Phil in the head as he slept. After calling a friend and confessing what she had done, the same friend drove over and saw the body himself. As the police were notified, Brynn laid down next to her husband and turned the gun on herself. The police escorted the couple’s two children from the home and the couple were pronounced dead on arrival. 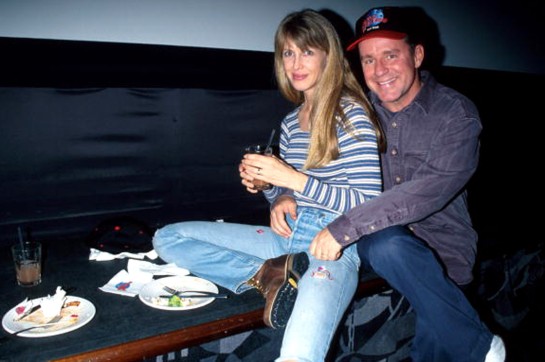 Being that I was exactly four months old at the time of his murder, I went to a source that I know was affected greatly by his loss, my mother.

“I remember that I was absolutely devastated… I couldn’t move away from the tv and I was horrified that his wife would have killed him while the kids were in the house.. the emotional impact was great because I think you were just a baby and I was really upset for his kids… I loved Phil from News Radio… I think when comedians die, it’s always sad but for him to have been killed in that way it was even worse..”

My mother is the reason I grew up loving Phil Hartman and his encyclopedia of impressions. It’s a shame for him and it’s a shame for his children that had to grow up in the press because of a horrific event that should have never taken place.

Sam Kinison was recognized for his screaming outbursts on stage and his outrageous material, including wishing his ex wife would die.

Sam was also known to merge the world of comedy with rock and roll, having reckless shows filled with loud bikers and blaring music. With this title came a surplus of drugs and alcohol. Though many predicted Sam’s early demise, they never expected it to happen the way it did. In fact, Sam was beginning to clean up his act and was sober at the time of his death. On April 10, 1992, Sam was driving to a show with his wife of just six days when a truck with two drunk teenagers, the driver being 17 year-old Troy Pierson, slammed head on into Sam’s car. His wife survived, but Sam stumbled out of the car and collapsed on the road. His brother who was driving behind him, ran out to tend to Sam. When he got to Sam’s body, Sam was speaking to someone that wasn’t there. His brother recalls, “…he suddenly said to no one in particular, ‘I don’t want to die. I don’t want to die.’ LaBove later said, ‘it was as if he was having a conversation, talking to someone else, some unseen person.’ Then there was a pause as if Kinison was listening to the other person speak. Then he asked ‘But why?’ and after another pause LaBove heard him clearly say: ‘Okay, okay, okay.’ LaBove said, ‘The last ‘okay’ was so soft and at peace … Whatever voice was talking to him gave him the right answer and he just relaxed with it.'”

When such talent is taken away for no reason, it’s a disaster. The world is deprived of laughter because of another’s vices. Had it not been for Brynn Hartman and Troy Pierson, Phil Hartman and Sam Kinison could still be here making us laugh today. Robbed of their lives, it’s important to remember to cherish life. It’s one of the most cliche phrases in the book, but in reality, it’s a vital lesson. These men were taken far too quickly from their lives. Yes, life can bear a lot of demons, be it yours or someone else’s, but before you know it, the world can go black. In the end, life can be taken away with one pull of the trigger or one wrong turn on the road.

View all posts by reillyeddy128

One thought on “Foreign Demons”